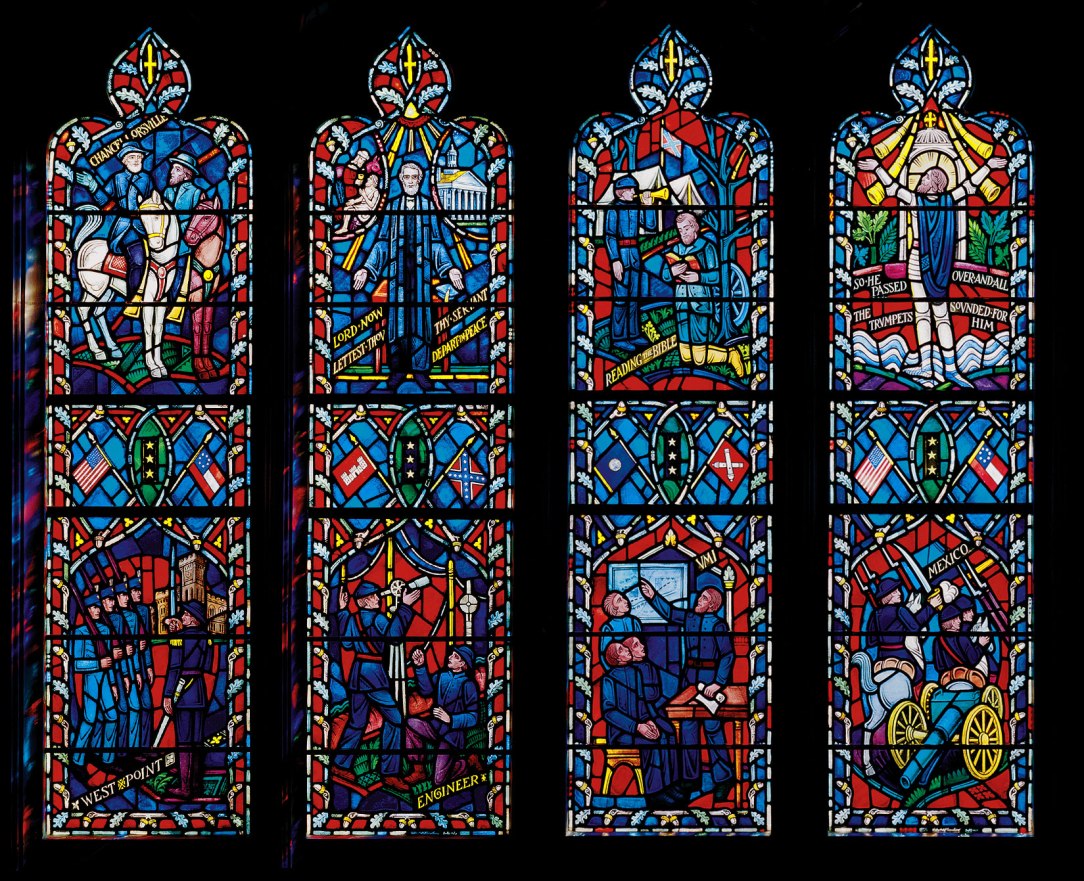 By Cara Ellen Modisett in Uncategorized on September 6, 2017September 7, 2017
No comments

In a letter signed by the Right Reverend Mariann Edgar Budde, Bishop of the Episcopal Diocese of Washington; the Very Reverend Randolph Marshall Hollerith, Dean of Washington National Cathedral and John Donoghue, Chair, Cathedral Chapter the announcement was made earlier today to remove windows installed in 1953 and dedicated to Robert E. Lee and Stonewall Jackson, both generals in the Confederate army. The discussion began in 2015 following the shooting at Emanuel AME Church in Charleston, S.C.

“At that time, we began a process to engage this community in deep questions of racial justice, the legacy of slavery and God’s call to us in the 21st century. Over the past two years, we have heard from deeply passionate voices who have engaged with us and held us accountable to this process, and we thank them.

“The programs we have hosted, the conversations within our community and national events have brought greater focus on the key question facing us: Are these windows, installed in 1953, an appropriate part of the sacred fabric of a spiritual home for the nation?

“After considerable prayer and deliberation, the Cathedral Chapter voted Tuesday to immediately remove the windows. The Chapter believes that these windows are not only inconsistent with our current mission to serve as a house of prayer for all people, but also a barrier to our important work on racial justice and racial reconciliation. Their association with racial oppression, human subjugation and white supremacy does not belong in the sacred fabric of this Cathedral.”

It has not yet been determined what will replace the windows, and where the windows will be moved. Some points from the cathedral’s conversations:

“On Wednesday as the scaffolding was put up, some tourists began gathering, including a few who seemed concerned by the idea that the windows were being taken out.

“The windows are among some 200 in the soaring Gothic building, in addition to hundreds of other carvings and fabric and other kinds of art. They are located in a bay in the middle of the nave, or sanctuary space. They each have four panels, one honoring the life of Jackson and the other Lee.

“They show the men at points in their academic, military and spiritual lives. Kevin Eckstrom, a Cathedral spokesman, noted that they are praised in wording alongside the windows as pious Christians. “The problem is that they are shown as saints,” he said Wednesday.

“The Cathedral plans to keep the windows and find a way to display them in historical context, he said.

“‘People ask: “Are we whitewashing history and trying to forget reality?” But the truth is that slavery is as old as the Bible. But we believe in a God that liberates slaves,’ he said.”

This blog is hosted by Cara Ellen Modisett, a pianist and writer living hailing from the mountains and valleys of Virginia. She is director of communications at St. John's Episcopal in Roanoke, music director at St. Elizabeth's Episcopal, collaborative staff pianist at Radford University and a contributing editor to Episcopal Cafe. She has an MFA in creative nonfiction from Goucher College, bachelor's degrees in English and piano performance from James Madison University. Her prose has been published in Memphis Magazine, Still: The Journal; Artemis; Braided Brook; Pine Mountain Sand and Gravel; Flycatcher and three books on the Blue Ridge Parkway. View all posts by Cara Ellen Modisett 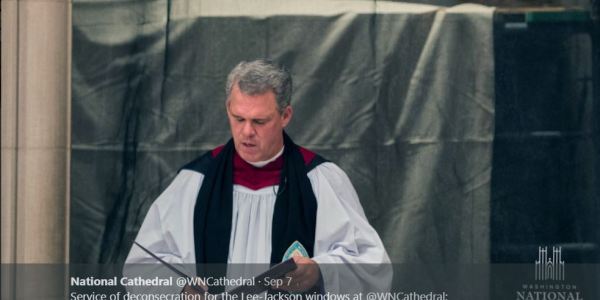 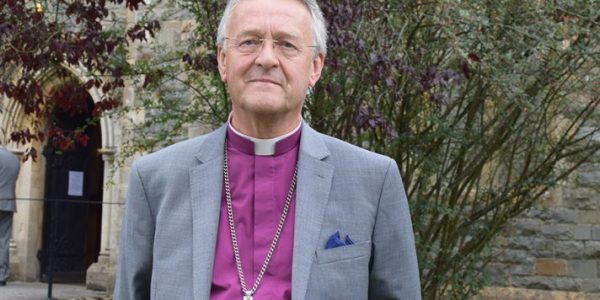 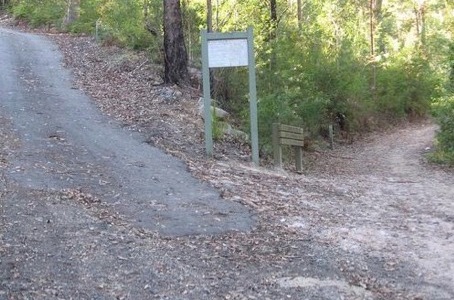 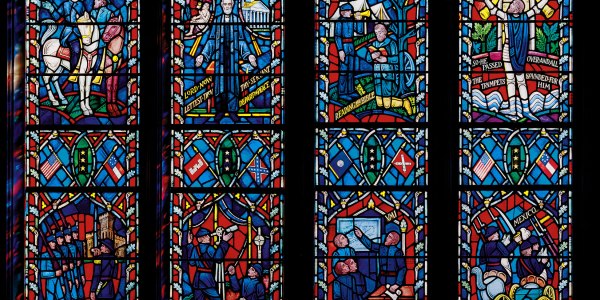